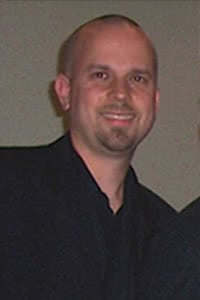 Scott Harper is an extremely gifted musician. He performs fluently on the alto, tenor and baritone saxophones, as well as flute, guitar, and as a featured vocalist. He creatively blends a widely diverse range of influences, and always seems to have just the right musical flavoring at his fingertips. He is also very adept at adding tasteful percussion parts where needed.

Like all members of the band, he has performed in many prestigious venues, including Shea Stadium, The Hard Rock Café in Orlando Florida, Mandalay Bay and The Luxor in Las Vegas, the USS Intrepid, Disney World, The QE 2, and the Hartford Civic Center, to name a few. He has played with both the Apollo Theatre and BB King’s house bands, and has performed with such notable artists as The Four Tops, The Temptations, Jeffrey Osborne, Billy Vera and the Beaters, Rob Thomas, Milt Harris, Marc Von Em, Roxy Perry, Juma Sultan (percussionist with Jimi Hendrix at "Woodstock"), Face The Music, and renowned blues legends Hubert Sumlin, Little Melvin Underwood, and Little Sammy. He was also a founding member of the highly acclaimed New York pop/R&B group “Live Society”.

Active in studio work, Scott has recorded commercials for Sprint, Seagrams, Amoco, ESPN, and others. His baritone sax playing can be heard on the last four award-winning “Funk City” and “Classic R&B” horn loop libraries from Big Fish Audio, and he can also be seen and heard on the big screen with fellow members of The Jon Bates Band in the 2009 Tribeca Film Festival feature film debut of “Handsome Harry”, starring Jamey Sheridan and Steve Buscemi. Scott has also recorded with children’s song writer/performer John Farrell, and has distinguished himself as a prominent music educator. In his free time, he can usually be found on an adventure somewhere, exploring the great outdoors with his wife Debbie and their children.