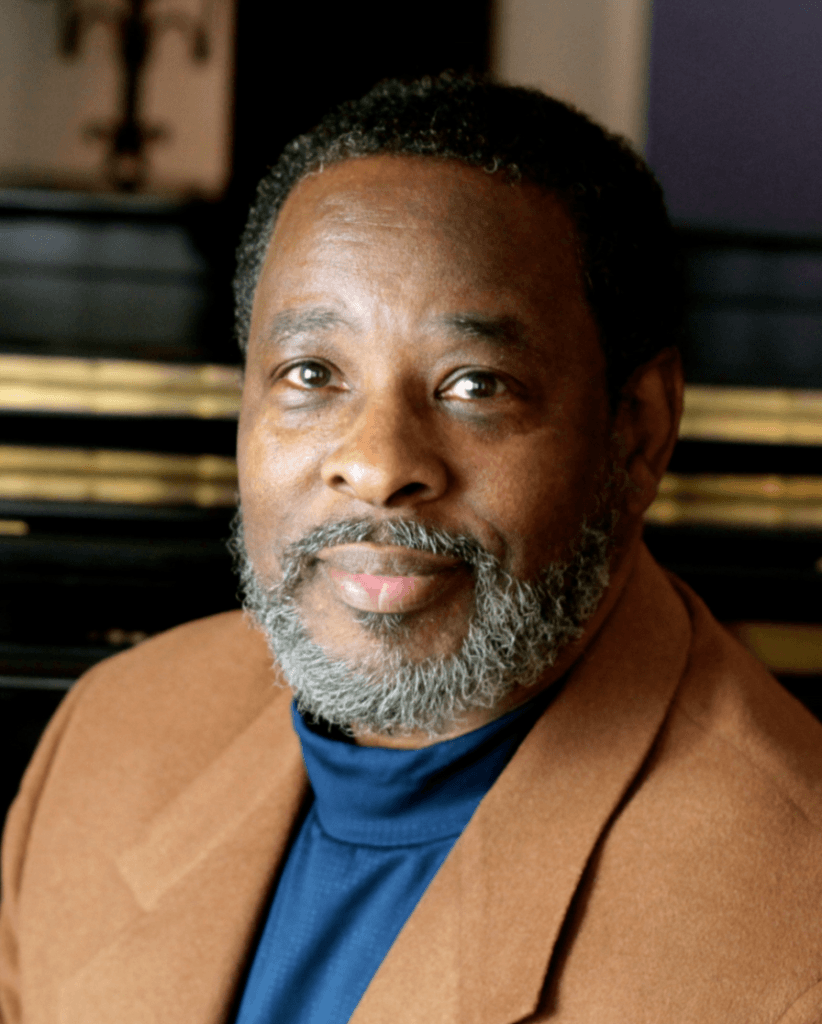 Alva Nelson is the son of a Texas preacher man. From the very beginning, music had a strong spiritual pull on him. As a teenager, he was a member of the “Kashmere Stage Band”, the elite Houston high school ensemble noted for their stellar recordings in the 1970’s and memorialized in the HBO/Showtime documentary, “Thundersoul”, which is narrated by Jamie Foxx and portrays many wonderful intimate details about these young men and their mentor, Conrad O. Johnson.

Alva was further educated at Sam Houston State University and Texas Southern University, and he went on to receive two Fellowships from the National Endowment for the Arts (one to study with saxophonist Billy Harper in New York City, and the other with flutist Hubert Laws in Los Angeles), two scholarships from the National Association of Jazz Educators, several Meet The Composer grants, and he is a former semi-finalist in the highly acclaimed Thelonious Monk International Jazz Piano Competition.

Alva spent nearly seven years arranging and orchestrating music for the Boys’ Choir of Harlem, with notable performances at Carnegie Hall, Alice Tully Hall (with Wynton Marsalis and Kathleen Battle), with Hubert Laws and the St. Luke's Orchestra, and the New York Philharmonic with Zubin Mehta. His arrangement of "Amazing Grace” for the Boys' Choir of Harlem was also featured on Bill Moyer's' PBS Special, “Amazing Grace.”

Alva has performed at international jazz festivals and has appeared on many jazz and commercials recordings. Additionally, he has performed with Lightning Hopkins, Kirk Whalum, David “Fathead” Newman, Arnett Cobb, Phyllis Hyman, Regina Belle, and Eddie Harris, to name a few.

In 1997 Alva was awarded his third Meet the Composer grant in support of presenting his “West Afrykhan Sweet” at Lincoln Center’s “Out-of-Doors Festival”. In addition, he has been a musical director and arranger for theater companies nationwide, and for many theater productions, including “Ain't Misbehavin'” and “Lady Day at Emerson's Bar & Grill”.

Alva Nelson has his own two CD releases to date entitled “African Suite” and “Soul Eyes”. For more details and information about Alva’s career, visit www.alvanelson.com